I receive many solicitations from environmental groups that are working to save the animals, keep our water clean, getting genetically modified organisms labeled, etc. I thought I would list just a few of them in case you are interested in following up on any of them. (I have added a Spring flower picture and a food photo to remind you that Mother Earth needs us to clean up the mess we’ve made to her home!)

Earth Day is this week-end and I plan to attend the local celebration in Narberth & take photos. 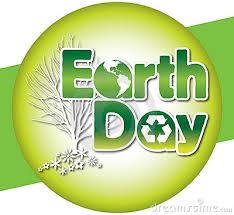 1. Friends of the Earth (www.foe.org) Their annual report for 2012 notes how they are different (quoted):
â€¢ Fight for what’s needed over the long term for all creatures on the planet.
â€¢ A loud and fearless voice for the environment (43 years).
â€¢ Act globally and locally. (worldwide collaboration with activists in 74 countries.)
â€¢ Know that solving environmental problems requires exposing and fighting the economic forces that fuel them.
â€¢ Employ a variety of tactics–from policy analysis, to grassroots activism, to litigation, to creative communications—inÂ  order to win campaigns.

2. Food & Water Watch (www.foodandwaterwatch.org)- Currently, this organization is focusing on fracking.
(Wikipedia def.: Induced hydraulic fracturing or hydrofracturing, commonly known as fracing, fraccing, or fracking, is a technique used to release petroleum, natural gas (including shale gas, tight gas, and coal seam gas), or other substances for extraction.) Here is a direct quote of what Food & Water Watch say about fracking:
â€¢”Fracking” a single well can require more than one million gallons of water.
â€¢ Dangerous fracking chemicals are kept secret.
â€¢ The “Halliburton Loophole”…Big Oil & Gas are exempt from the Safe Drinking Water Act and the Clean Air Act.
â€¢ You can light your tap water on fire. (Note: Refers to the gas in the fracked rock leaking into household wells and drinking water which can make you sick or kill you, while also being highly explosive.)
â€¢ The number of fracking wells is growing at an exponential rate. (Already in 28 states.)
“No one is safe from the spread of this dangerous drilling practice.” Learn more on the website.

3. Nation Resource Defense Council (NRDC) (This is the organization that Robert Redford is often seen on a video from NRDC. The publication from which I took the information is called Nature’s Voice. (www.nrdc.org/naturesvoice) In the publication is a section called Green Gifts. There is a video by Sigourney Weaver and you can purchase a gift to honor friends and family on Earth Day (www.greengifts.org). NRDC works on a number of projects with this as their mission:

“The mission of the Natural Resources Defense Council is to safeguard the earth: its people, its plants and animals, and the natural systems on which as life depends.”

The Spring 2013 issue of Nature’s Voice has a featured article on food, the growing of which impacts our health and the planet. NRDC’s “Farm to Table” campaign takes on bad farming practices: toxic chemicals, massive food waste and more.

NOTE: Please send in your favorite environmental organization for me toÂ  post. This is only the tip of the environmental iceberg. I have posted others previously, such as Rainforest Action Network.