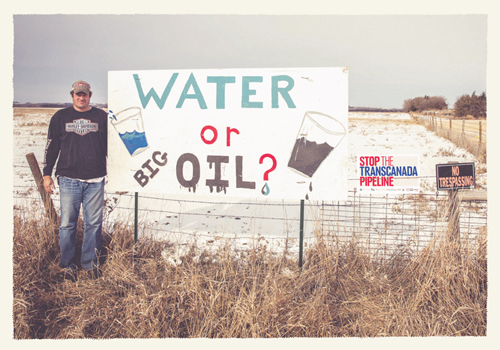 TransCanada has submitted a new application for a permit to build the Keystone XL pipeline with the Nebraska Public Service Commission (PSC).

The permit application process at the Public Service Commission typically takes from eight months to a year, and includes public hearings, and opportunities for public comment and for citizens to apply as official “intervenors” on TransCanada’s permitting process. The PSC has already begun accepting written comments on KXL.

Use the form below to send your #NoKXL comment to the Nebraska PSC:

[1] “Analysis of Worst-Case Spills From the Proposed Keystone XL Pipeline.” John S. Stansbury is Associate Professor of Environmental/Water Resources Engineering at the University of Nebraska, Lincoln. The author of numerous studies on water resources and hazardous waste management published in peer-reviewed journals, he has also been an instructor for the U.S. Army Corps of Engineers risk assessment program. The full study with complete references is available at http://watercenter.unl.edu.

[2] “Spills of Diluted Bitumen from Pipelines: A Comparative Study of Environmental Fate, Effects, and Response,” The National Academies of Science, Engineering and Medicine, 2016.