I received this is my email from www.care2.com, first posted in Tree Hugger & thought I would pass it along. Perhaps other counties & states will get the message. es 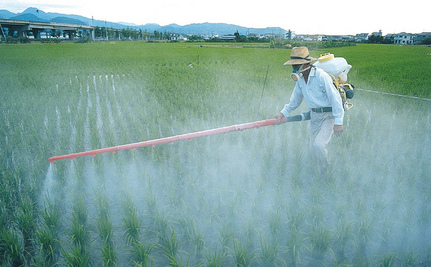 One very interesting ballot initiative we missed: Examiner reports San Juan County, Washington passed Initiative Measure No. 2012-4, making it illegal to â€œpropagate, cultivate, raise or grow plants, animals and other organisms which have been genetically modified.â€

Exceptions are allowed for GMO cultivation for research and health care use. The initiative does not prohibit the sale of products containing GMO ingredients, nor require labeling of those products made with them.

Violating the order results in a fine for first offense, increasing to a gross misdemeanor charge on the third offense.

For those not up on their Washington State geography, San Juan County consists of several islands in the Salish Sea, roughly equidistant between the city of Bellingham to the northeast and the Canadian city of Victoria to the southwest.

In the past year several US states began efforts to mandate labeling on GMO products, all failed. Vermont and Connecticut attempted to put forth legislation requiring labeling, but both backed off on threat of lawsuit from Monsanto. California ballot initiative Prop 37 wouldâ€™ve required labeling of GMO products, but failed, after a well-funded and misleading campaign launched by the biotech industry.

When Indiaâ€™s GMO labeling law comes into effect at the start of 2013, the US and Canada will be the only two major nations in the world that do not require products containing genetically modified ingredients to be labeled as such.

One thought on “One GMO Success We Missed On Election Day & More on Prop. 37 from Organic Bytes”